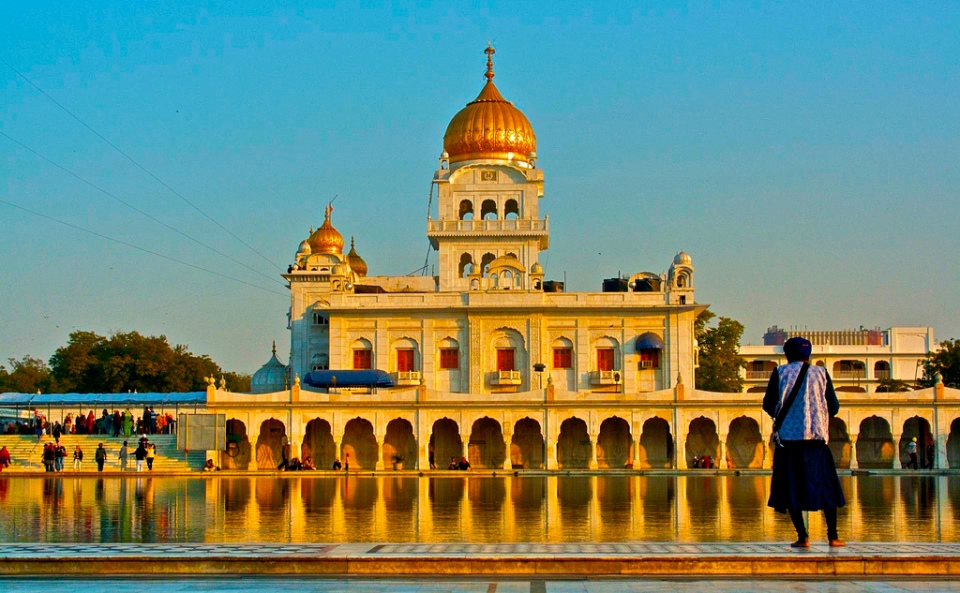 Discrimination on Caste has its roots in India. Most think that the practice has gone but in reality the practice has been suppressed by the legal machinery. The only difference is that the people don’t follow it actively but the discrimination is very well embossed in their brains. Caste-ism will not end until Indian’s accept that the mythological and the religious texts have been influenced by the selfish mentality of the Aryans who were originally not from the Indian Sub Continent. The acceptance that one comes from a higher hierarchy is is one form caste-ism which eventually considers the one from a lower hierarchy as sub-ordinate. There was one such case in my college hostel back in Goa.

I am changing the name’s of the two Sikhs for protecting their privacy.

It was Guru Nanak Jayanti and Karthik was cleaning his room and his stuff. He never wore a turban but was a Sikh by religion, he was also my batch mate. Most students were planning to go to the Guru Dwara at Panjim, Goa which was just 5 kms away and from IHM-Goa (Our College). The agenda was to pray and pay homage to the Guru Nanak and have Langar in the afternoon.

Till this time I had thought that Karthik was a Hindu-Punjabi but when I saw him in his room cleaning for the occasion and asked him as to why he was doing it, he mentioned it was Guru Nanak Jayanti and being a Sikh this day was important. After I came to know this, I went to my seniors room and saw that he was just about to leave. I asked him, “Sir, aren’t you taking Karthik along even he is a Sikh and you should go together after all how many are there in  the college”. The senior got furious and said, “Don’t compare me with him. He is not the Sikh which I am, he a different type of Sikh. Don’t ever compare me with him and I will never go with him or consider him as one of ours, as he is a different bloodline.”

I felt confused and went to Karthik’s room where my room mate Ganesh was also sitting. I asked Karthik, “Hey, which type of Sikh are you?” and he said, “There is no type in Sikhs, all are just Sikhs”. Then I mentioned what my senior Purab said, “Purab Sir mentioned that you are a different type of Sikh and was very rebellious to not going along with you.” To this Karthik became both sad and angry and uttered tons of Punjabi Style bad words. Then he revealed the bitter truth.

He mentioned that they are Dalits who converted to Sikhism. He mentioned that Dr. Ambedkar had once announced that he might convert to Sikhism and out of joy and rebel the entire village of Dalits converted to Sikhism before Dr. Ambedkar changed his decision to convert to  Buddhism. Sikhism doesn’t have the Varna System but never understood why many people still follow. He also mentioned his episodes of active discrimination on the basis of caste.

After hearing this both me and Ganesh felt bad as we were also from the same Hierarchy.

Even I have witnessed many episodes of Caste Discrimination and that too in a a Metropolitan like Mumbai. So, what would have he witnessed in his home in Punjab.

Caste-ism is bad for both society and the country but many people are blaming reservations for the problem while caste-ism is a one of the prime reasons for poverty of several thousand years in India.

Caste-ism and Reservations are very popular in India. While caste-ism is an attack to stop to development of the majority, Reservations in education and government jobs are given defending the attack by uplifting the neglected society.

It is important to know that the lowest Varna including the tribes are about 67% of the Indian population and were discriminated for 2600 years before Independence by get a reservation of only 49% and still the seats remain empty due to poverty and social evils. The better 33% enjoy 51% reservations and their seats go sold out because all are socially stable.