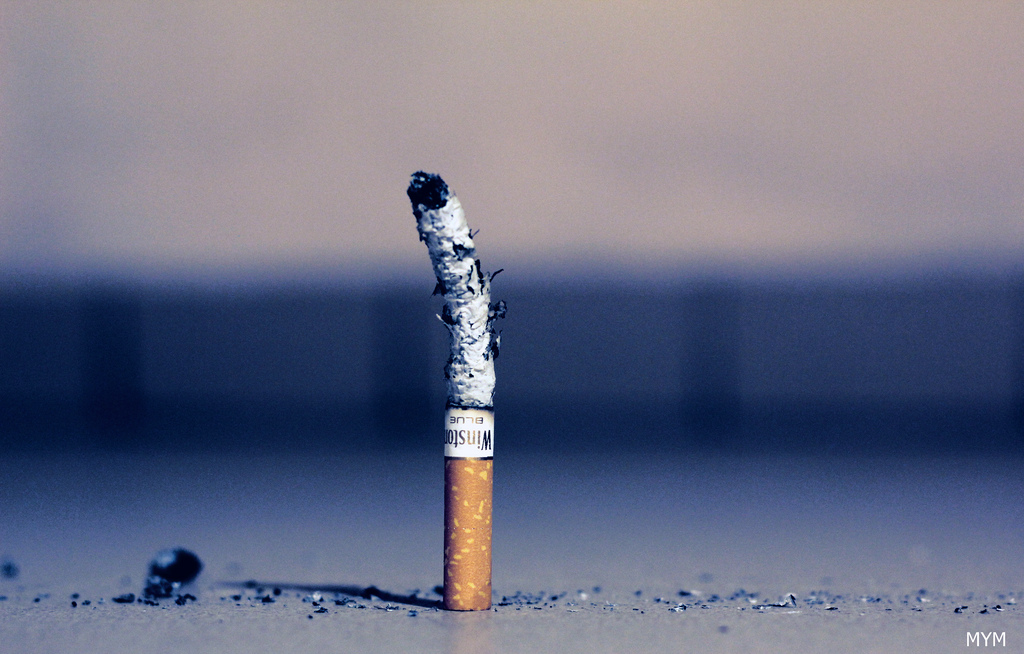 There are so many people in the world who don’t smoke. They think that they are wiser and smokers aren’t aware that they are destroying their lungs and reducing their life span. This isn’t true. Smoker’s are aware that its injurious but they don’t have an alternative to cut out the craving. Addiction to nicotine is similar to addiction to caffeine, your brain and body don’t require it but you still feel inactive without a cup of coffee or tea. Can you quit that? It’s difficult, right?

Nicotine is a drug that hits the nervous tissue and changes the chemical property of the cells such that you crave for more nicotine. It takes days for nicotine to get out of the body and then you also need to change your daily habit which is even more difficult. I have many friends who are smokers who say that they only smoke about 4 to 5 cigarettes per day but as per my observation, it’s at least 6 or 7 and I have counted the sticks burnt only during work hours.

What does smoking do to your mind? Since its effects, the nervous system its highly addictive and the craving becomes more and more with each phase. Its shifts your concentration during a meeting or during something very important and you only think of having some smoke in your lungs. This craving takes off your mood at work or shifts your mood during important moments. Intake of nicotine makes a person short tempered and lazy. This is all as per my experience.

What does smoking do to your body? The tar in the cigarette gets settled in your lungs making your lungs to extract lesser oxygen from the air. It reduces your stamina and you will notice it more if you climb steps at least till one floor, and you will gasp. If you are someone who’s smoking since many years you will gasp heavily, as if you have run a 100-metre race. You won’t notice nicotine patches on your skin until you quit and see the difference after a few weeks. Not all smokers get cancer, heart diseases or lung disorders but they are generally more prone to diseases as they have a lower immune system. There are hair-like cells in our Esophagus which throws away foreign particles outside the stomach. This also helps to take out a cough in the throat easily but smokers find it very difficult as the hair-like cell suspends their action for some time. Smokers fall sick more often than non-smokers.

A Bad Experience on giving up Smoking:

Quitting smoking is something which needs planning. It’s almost impossible to quit smoking from the next day onwards because when you have your lunch tomorrow you will crave for it like a cocaine addict. I had quit smoking in many times and failed like a loser and finally, I quit to quit. After a few months, I heard of nicotine replacement therapy (please search the web for nicotine replacement therapy) and I thought to give it a try and I started chewing gums of pure nicotine, after a few months I realized I was addicted to the gum (but the craving was lesser) and after a few months more I became allergic to it. Isn’t that a very funny part that happened in my life? It wasn’t funny when it happened as it was an event of complete failure and it seemed like a dead end to quit smoking.  I was orally allergic to the gum and there was a chance that my tongue could get swollen and I die of suffocation, this is what the doctor said.

After a few months, I thought of giving one more try and planning it correctly. I searched the internet for the experience of successful quitters and I finally found that quitting at the right time is the most important part and I set the date. I set the date as October 15, which is a hot month in the city of Mumbai and its humidity makes one go nuts. The air doesn’t feel fresh at this time and one doesn’t like to get their lungs heated more, except when they are craving badly. Moreover, I used to have more work at this time and it helped me to get occupied at work and take my mind off the nicotine. I started feeling weak, dizzy, sleepy at first but then after a week, I was all ok with it. I had increased the intake of water. An android application called ‘Quit Now’ helped me motivate to quit smoking. All this was a part of a plan and it didn’t just happen by luck. I required a recipe which contained, the perfect time, weather, a motivator (the android application ‘Quit Now’), and a powerful inner force to say “just one more day” every day. Let me tell you a key factor that helped me quit. I stopped socializing or being with smokers and it helped me to put my mind more on other things.

Friends! Quitting smoking is very tough to achieve and you may fail a lot of times. But it’s not impossible. With proper planning, advice, and dedication its possible. You need only 3 days to take out the physical dependability, 3 days more and you will become more confident, a week more and you may crave a little only due to a change in habit, a week more then you have almost reached quitting the cigarette and then you just need to avoid it and tell yourself that you are not a smoker anymore.

Don’t Quit to Quit. Make yourself ready to Quit the stick. Best of Luck!